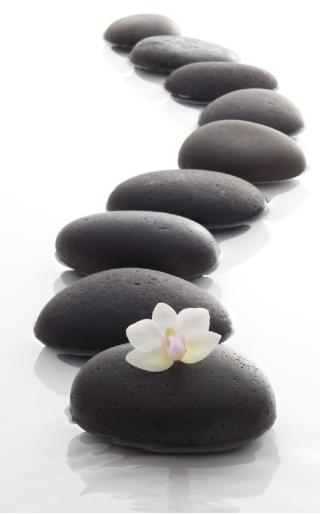 HISTORY OF REFLEXOLOGY
Reflexology is known to be more than four thousand years old. A painting found on the Egyptian physican Ankmahor’s tomb is thought to date back to 2500BC. The Chinese practiced Reflexology in the earlier years in conjunction with Acupuncture.

REFLEXOLOGY TODAY
Reflexology as it is known in the West today had its origins in Zone Therapy. This practice uses the longitudinal lines of energy that run through the body starting at the feet and moving up to the brain. In the early 20th Century Dr William Fitzgerald – an American laryngologist- spent time broadening his medical experience at various hospitals. He brought to the attention of the medical world his research into the ancient Chinese healing techniques. He had discovered by applying pressure to the feet he could bring an increase in the functioning of the other parts of the body. Eunice Ingham, a physiotherapist at a hospital, overheard a talk on Dr Fitzgerald’s findings and was immediately fascinated by his discoveries as to the benefits brought about by Zone therapy or Reflexology. In 1930 she opened the first private practice as a reflexologist.

PRINCIPLES OF REFLEXOLOGY
By stimulating reflexes on the feet with a type of pressure massage, the organs are stimulated – allowing them to start unblocking and healing themselves. In addition to this, the stimulation of these reflexes allows the body to begin detoxing and eliminating poisons which have built up through lifestyle habits.

NORMAL RESPONSES TO REFLEXOLOGY
All the following reponses are normal:
• A feeling of discomfort or pain as a reflex point, indicating an energy blockage, is massaged.
• Tingling or twitching in the body as the energies begin to flow freely once again.
• A floating sensation, a warm glow or a pleasant “heaviness” as the body relaxes and the inner energies strengthen.
• Temperature extremes as the energy pathways re-establish themselves.

These all indicate the movement of previously stagnant toxins and the re-establishment of stronger energy flows.

Any further questions please do not hesitate to contact Fitnessbyemma.com